Putting a sonar depth sensor into a surfboard 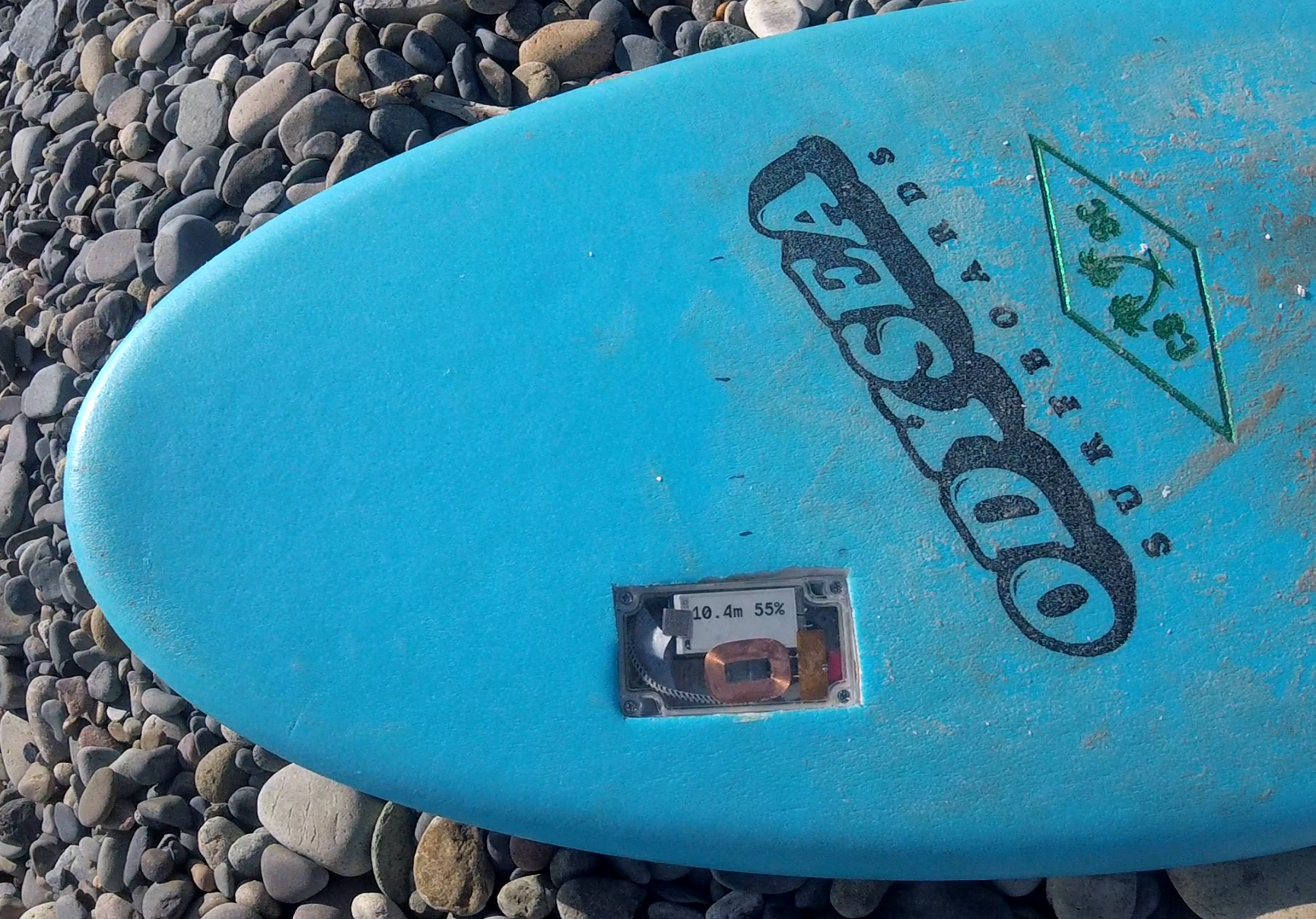 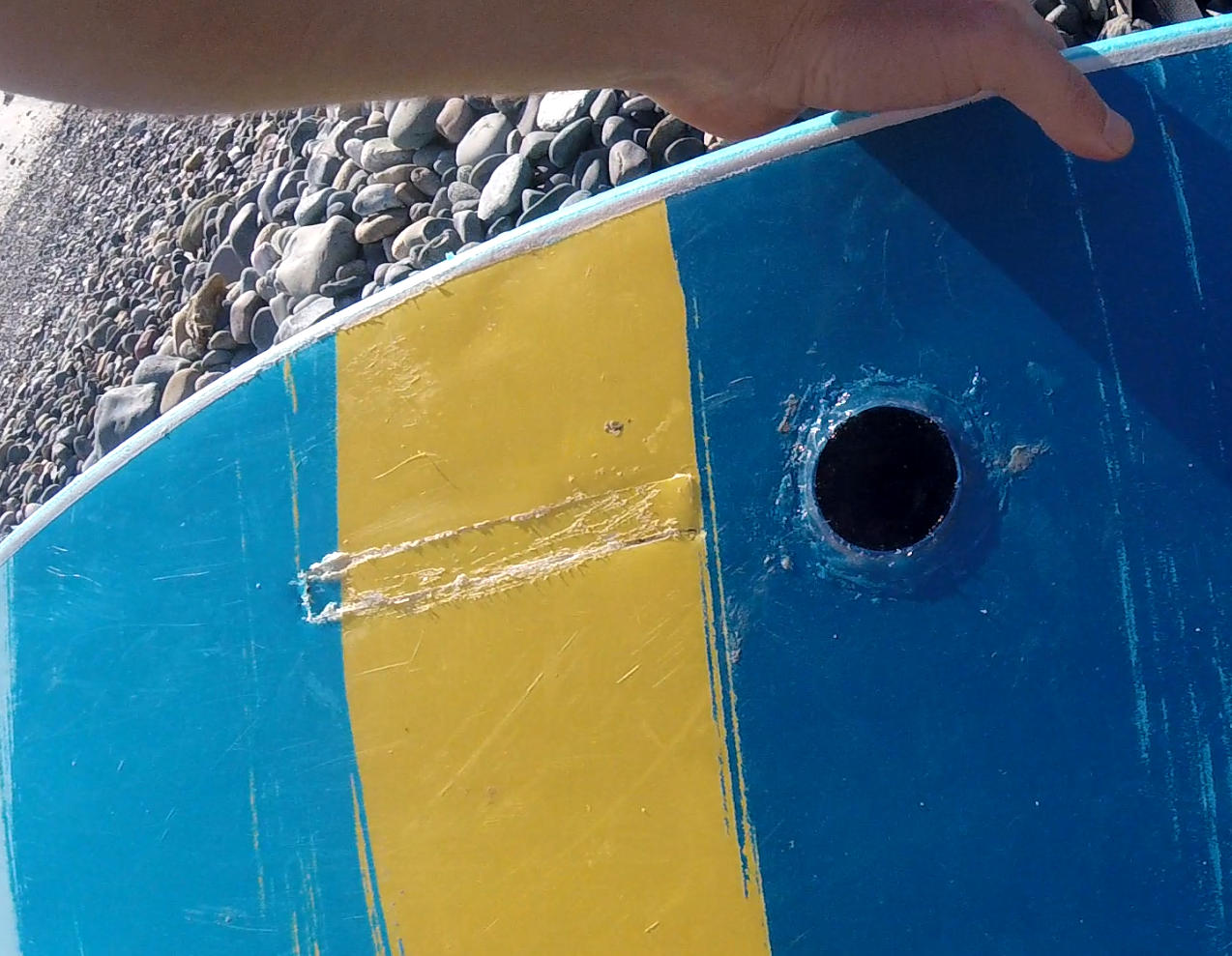 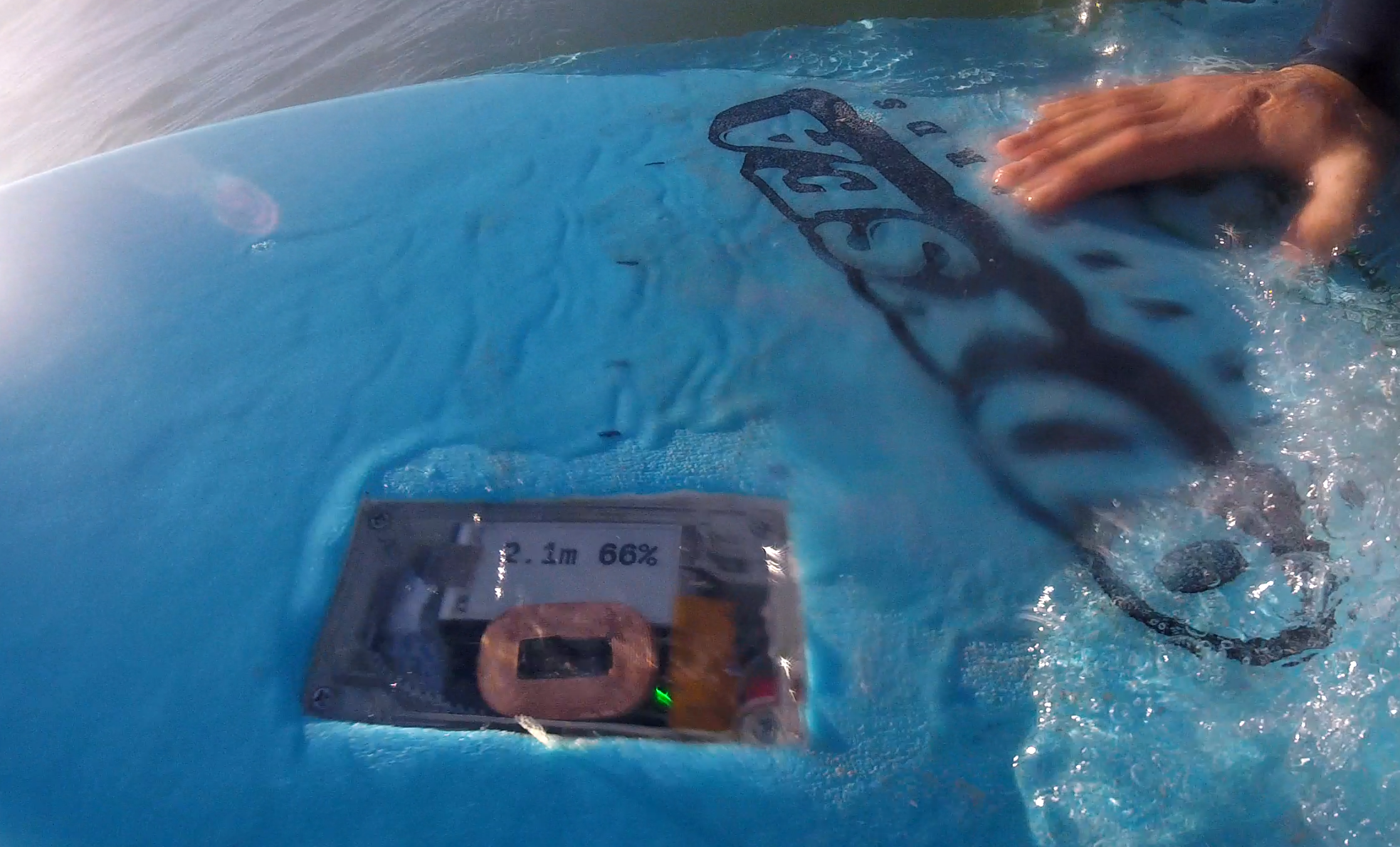 (yes, I’ve rotated the text to the correct direction since then)

Out surfing, I often wonder how deep the water is, and suspect based on wave behavior that I’m over a deep spot or a shallow spot. Waves generally break when they enter shallow water (there are various conflicting formulas for figuring out exactly how shallow). At beach breaks like San Onofre Bluffs, the best place to wait for a good wave is right over a sandbar, and the sandbars can move around from day to day.

One day I decided to stop wondering and find out. I figured I could build a depth sensing sonar into my board and maybe I’d learn a thing or two about the sand underneath me, the dynamics of waves, and maybe even improve my surfing. Along the way I also learned some things about my surfboard, glue, wireless power, etc. It was fun and it works so I figured I’d share all the details here.

Note: I switch back and forth bewtween imperative tense (Cut the hole) to first person (I cut the hole) in the below. Imperative is when I’m strongly recommending doing it my way. First person is when I feel like there’s a good chance you could improve on my methods!

Does this ruin the surfboard?

I was concerned about compromising the watertightness of my board. Somewhere on the internet I read a heretic view that foamies don’t get waterlogged, which sure would be nice, wouldn’t it? I figured I’d try a test. I weighed the foam cylinder I cut on scale that measures to the gram (unfortunately I don’t have anything better hand) and got 3g. I soaked it in water under a weight for a couple of days and it still weighed 3g. Note that this is fresh water, not salt water, and I suspect the repeated compression of surfing on it is what actually drives water into the foam, and I didn’t test that. 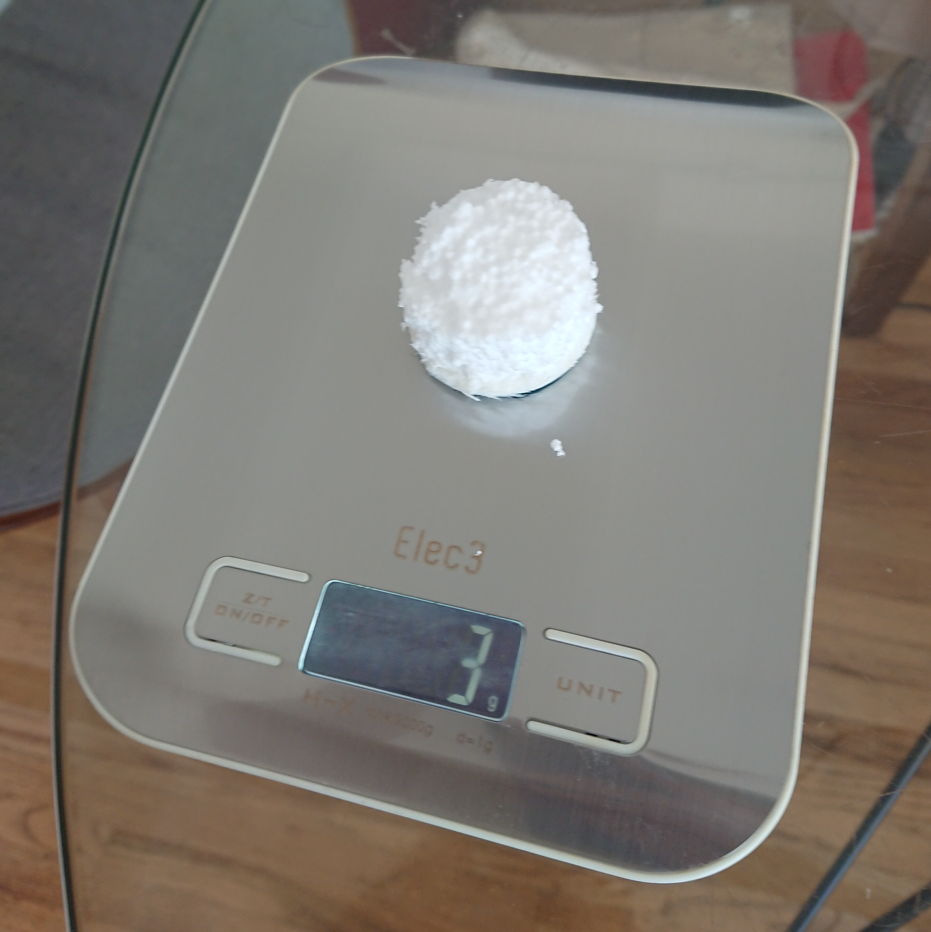 I’ve taken it out for one test surf and the numbers were very reasonable once I got well past the break. I paddled out to see and watched the depth tick up about 2.4m to 3.2m, reading 100% confidence most of the time. However, closer to shore, near the breaking waves, I was getting nonsense readings and low confidence. I suspect this is due to bubbles (thanks to mannykannot and orforforof on HN for this insight). I need to look at the full waveform data to figure out if I can get good numbers in the surf zone. In the interactive plot below, you can see the two periods where I sat waiting outside. The surf was too good to collect more data than that!